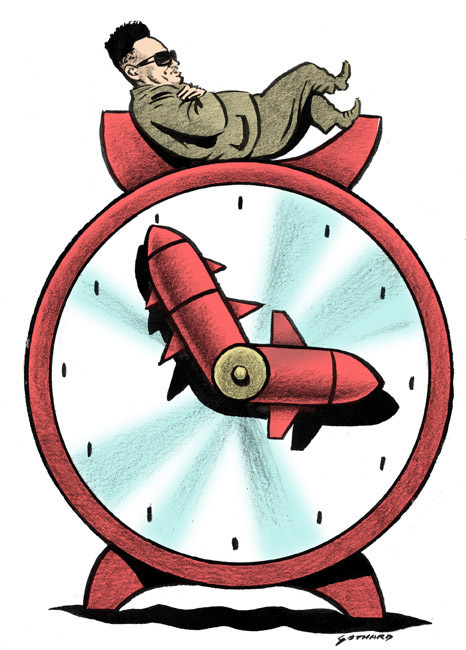 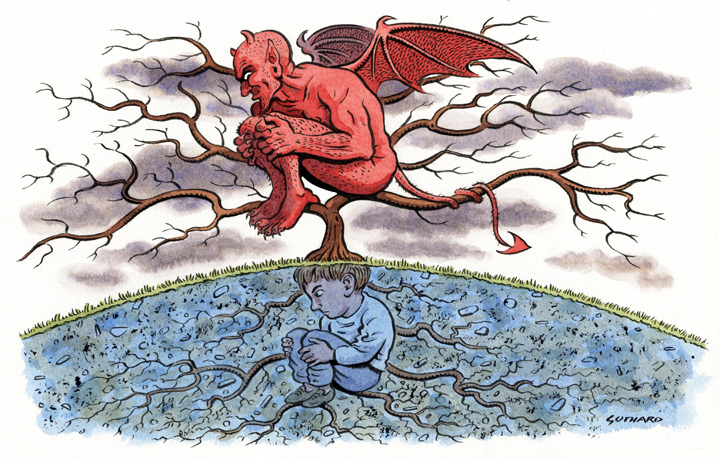 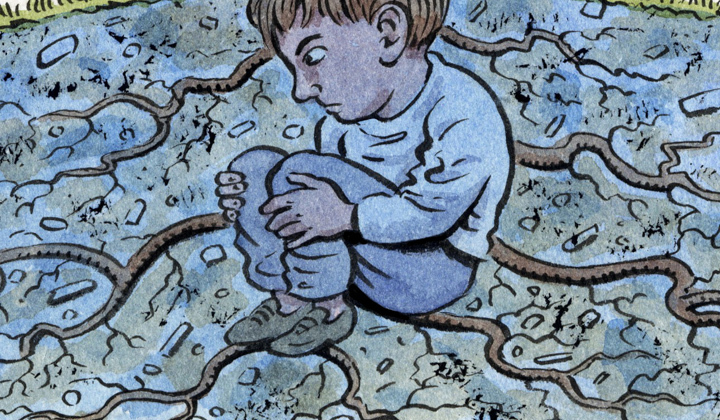 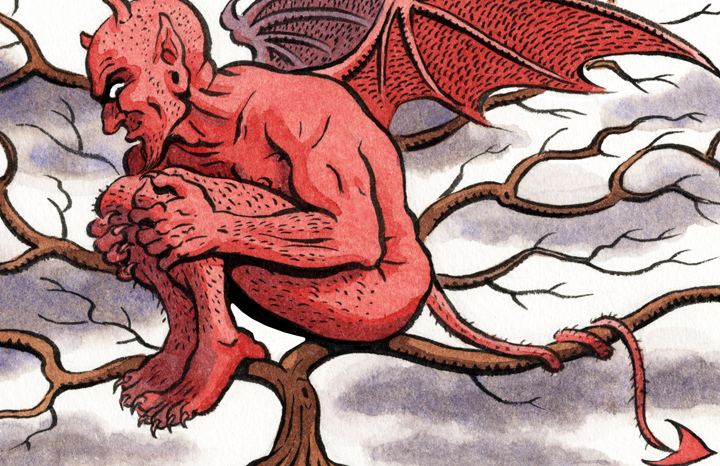 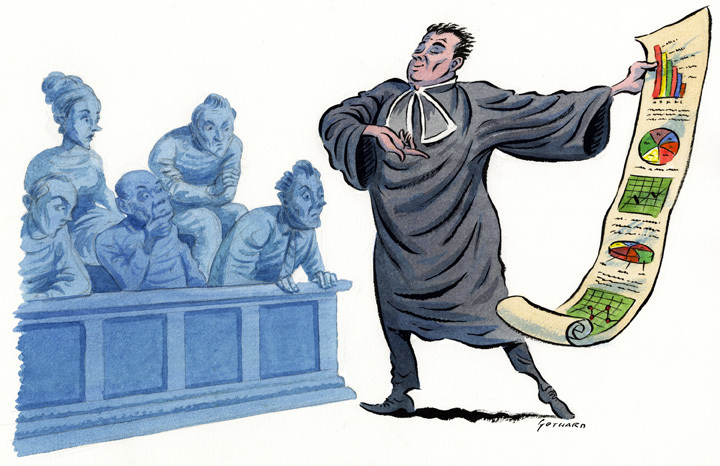 For the WSJ, on an obscure law that presents statistics as evidence. 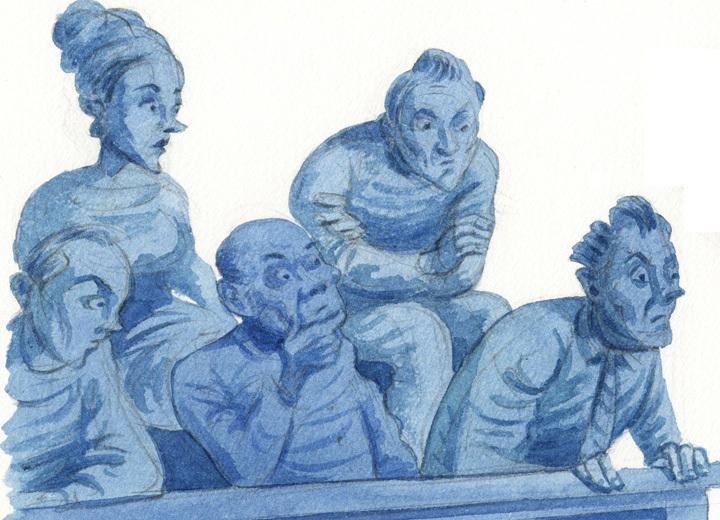 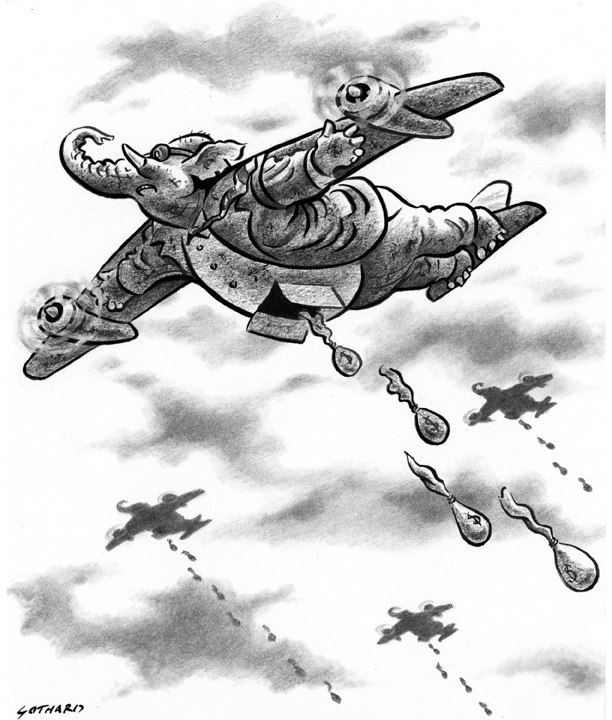 For the Progressive, on agressive GOP funding of local campaigns. 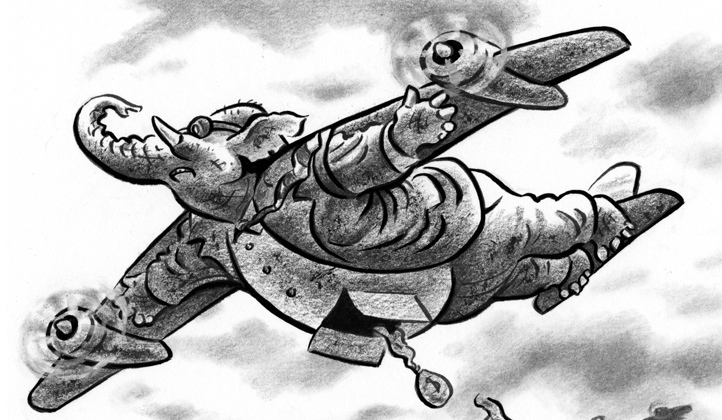 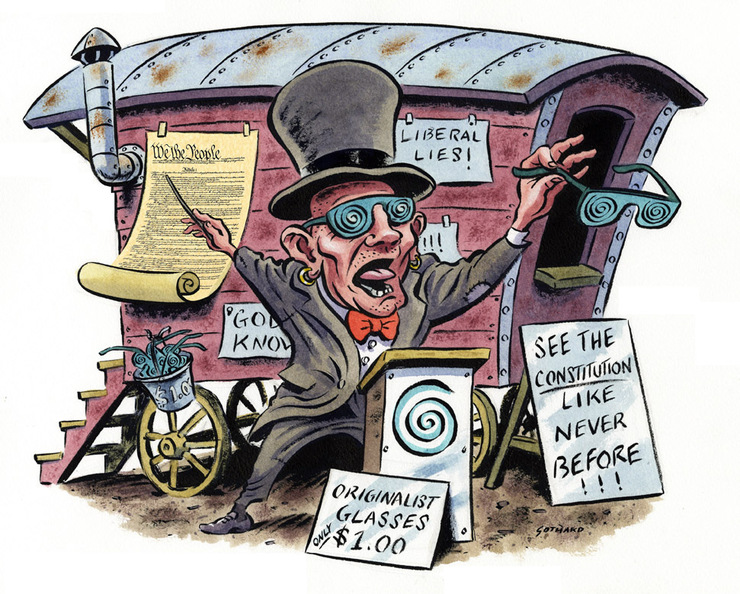 Thanks to Stephanie Glaros at Utne Reader for this great assignment, titled "Stealing the Constitution"; unhinged -  reclaiming our constitution from the lunatic right, I pitched the idea of the huckster and she let me rip. 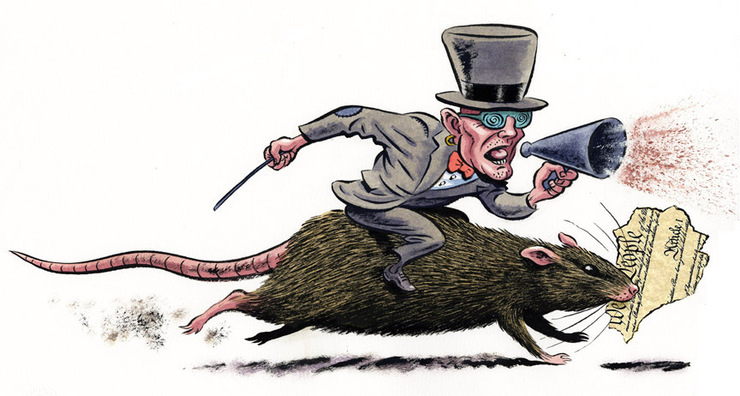 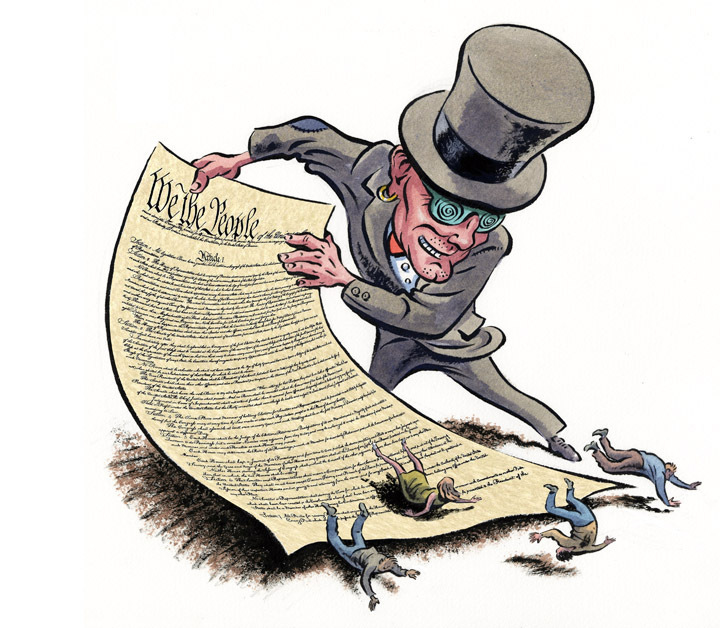 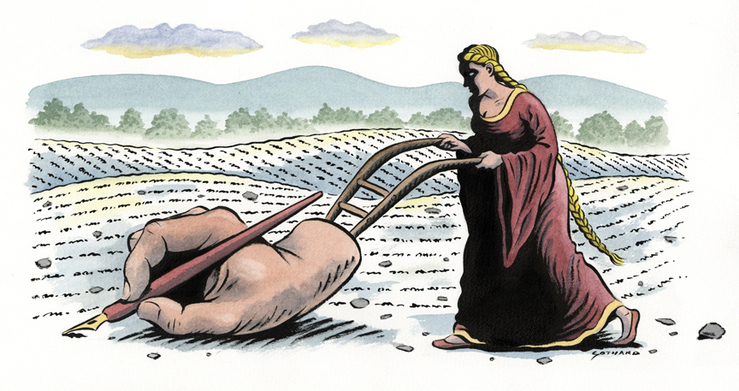 Sometimes, an image rattles around in my head for years before it makes it to ink on the page. This is a new companion piece to a drawing I did years ago on the history of literature. I regretted that the huge contribution women writers have made through the centuries was not represented in the original image. 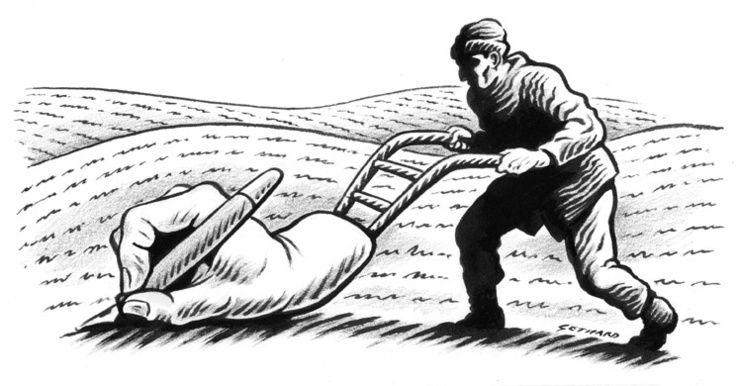 In Black & White, With A Bite 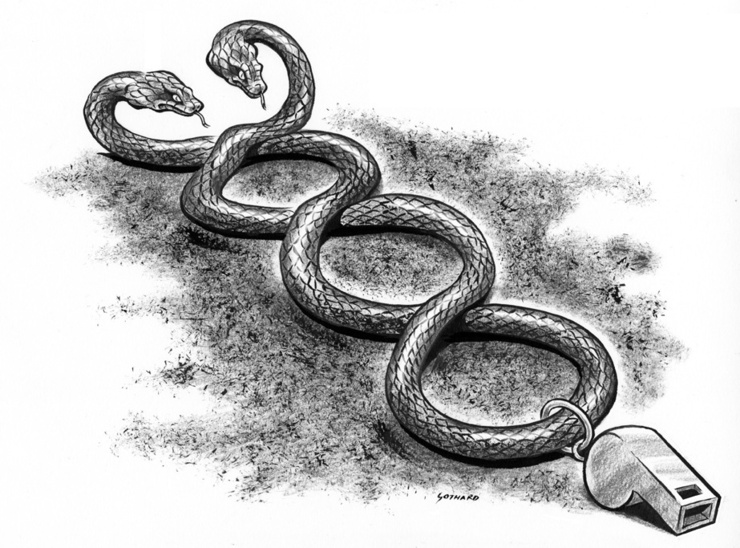 Always happy to receive an assignment in good ol' B&W, this one from Nick Jehlen, at the Progressive. This drawing illustrates a book review of a new book written by Wendell Potter, who "is the guy who spent two decades as a top PR man for Humana and Cigna, but finally got fed up with the cruelty of the private health insurance companies. After he quit, he went public, testifying before Congress in 2009 and getting a nod from President Obama in a speech to that body." After years of working at the behest of the industry, he came to the realization that he was engaged in immoral and corrupt behavior. He is one of the few who listened to his inner voice.  And of course, the industry fought back. A must read...Deadly Spin, by Wendell Potter. 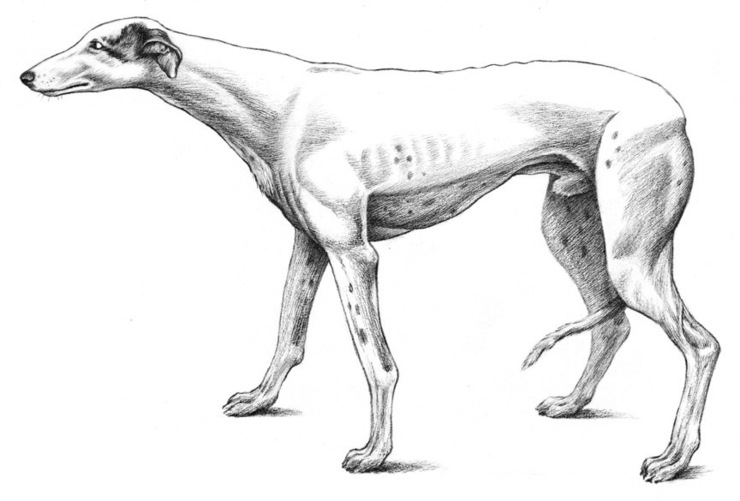 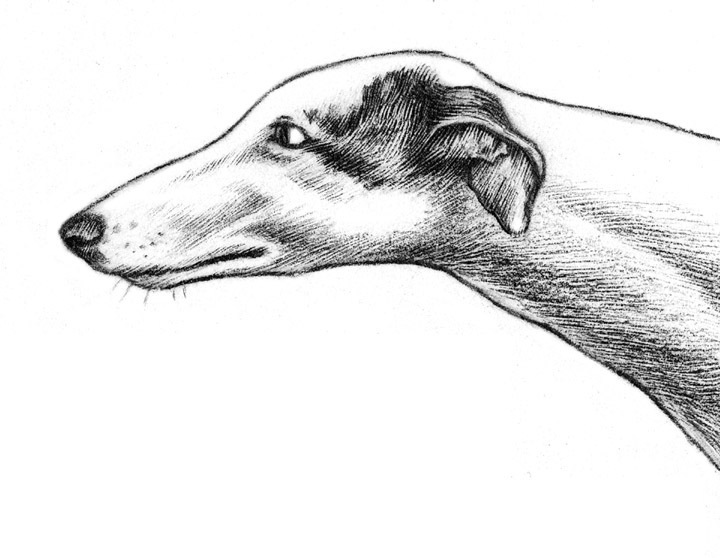 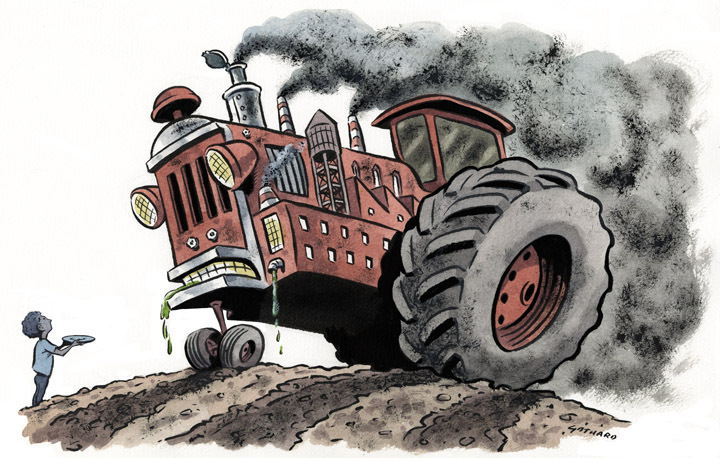 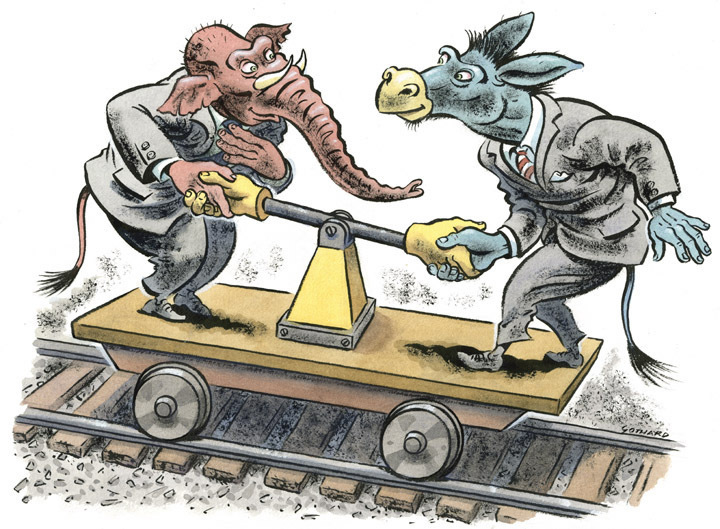 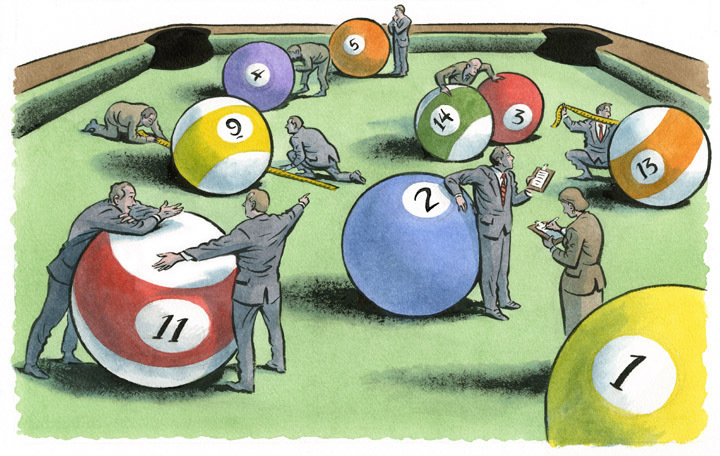 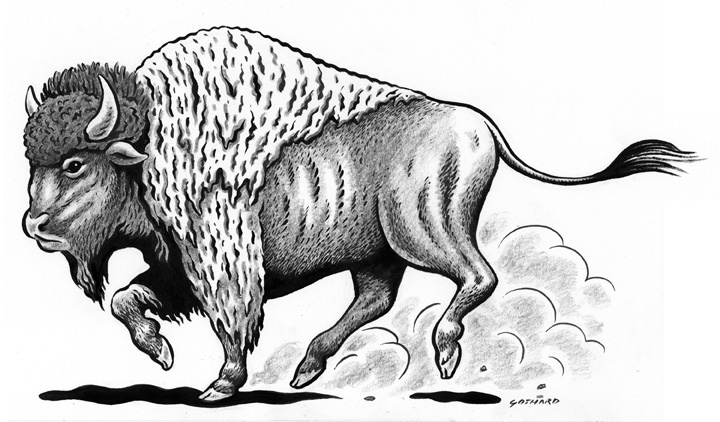 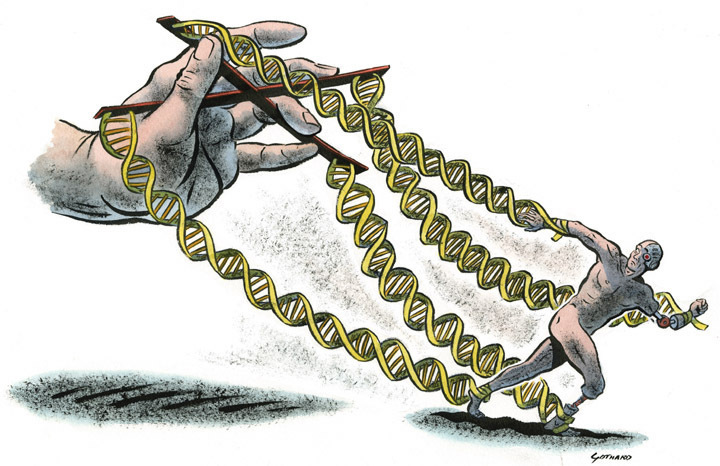 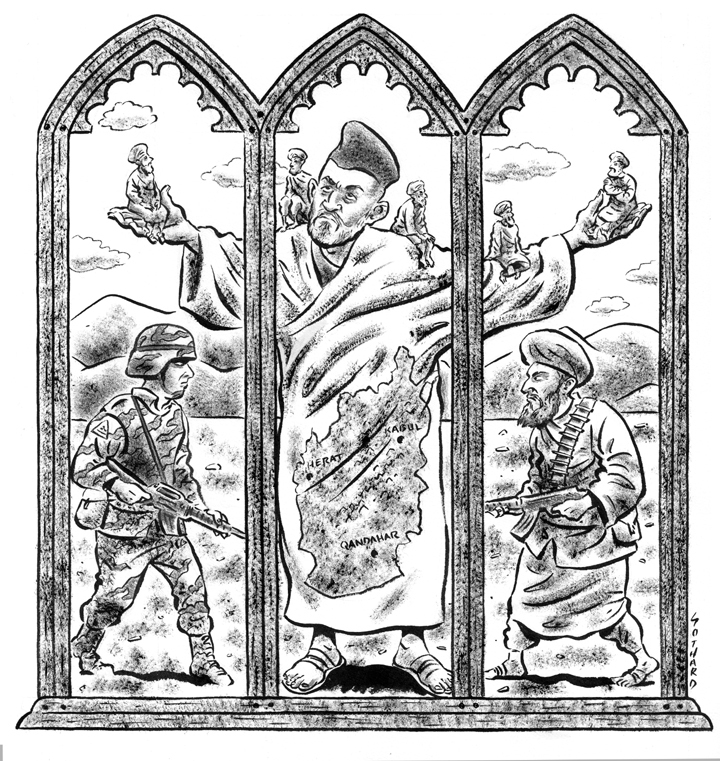 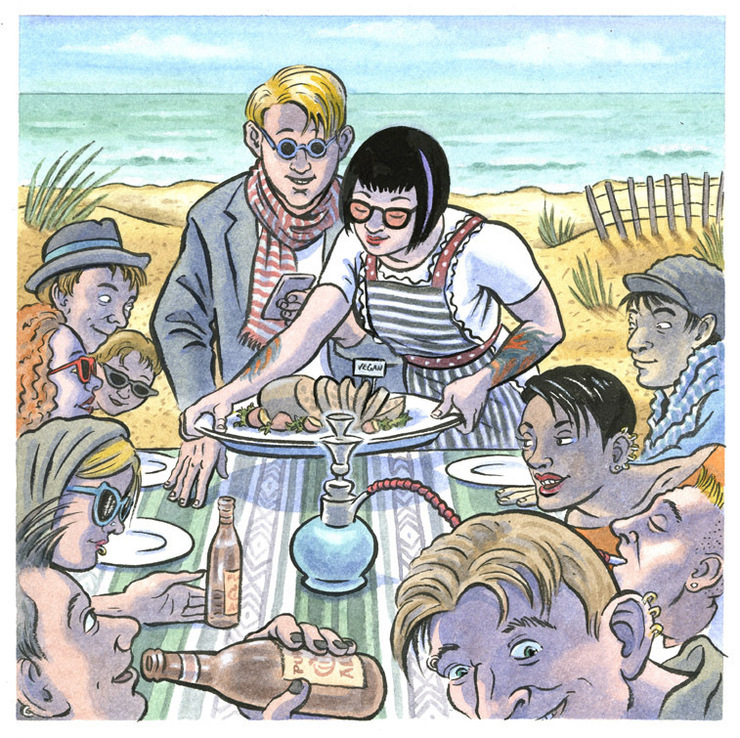 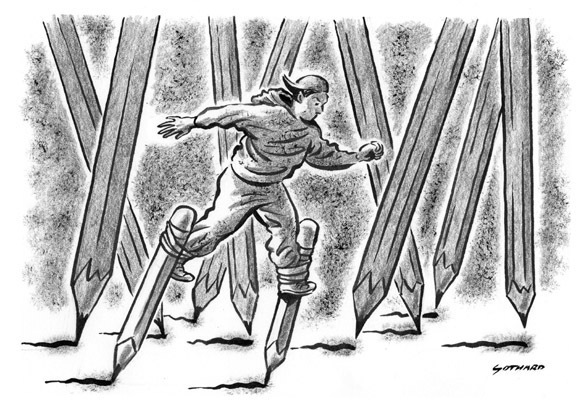 "Why I teach in a public school": Boston Globe Op-Ed page 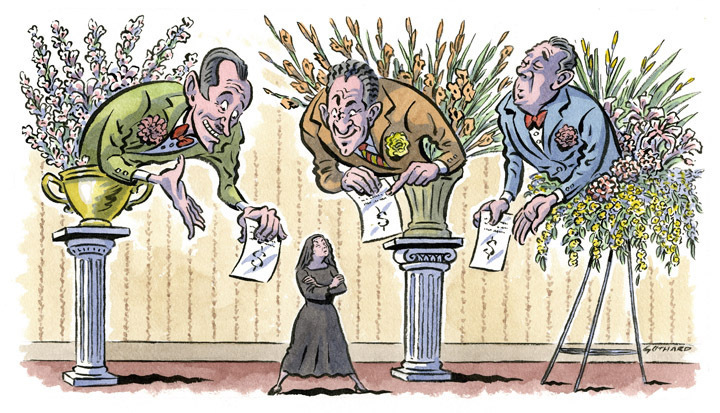