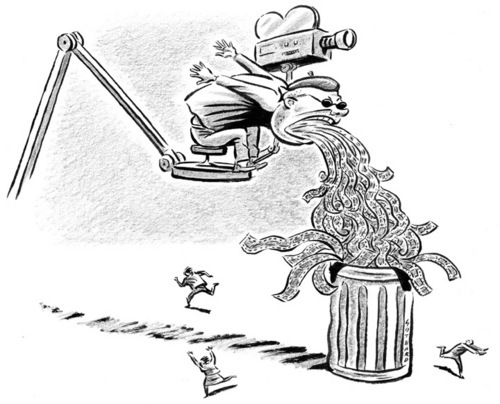 I'd like to post some long term projects I'm working on, but will have to wait. In the meantime...some ditties. The first illustrates the demise of bad horror films. As you can see, I had some fun with this. Apparently, sequels to slasher type flics are doing poorly at the box office. Hooray! The second image illustrates a book review and is about America's land grab to the Pacific Ocean during the administration of James Polk. The third image is about professors working in Iraq to bridge the gap between the military and the culture. 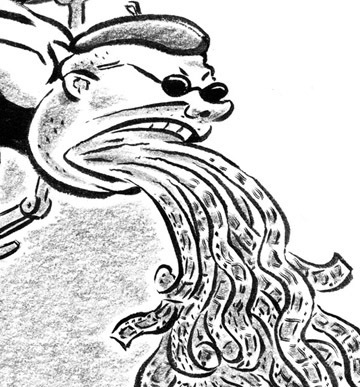 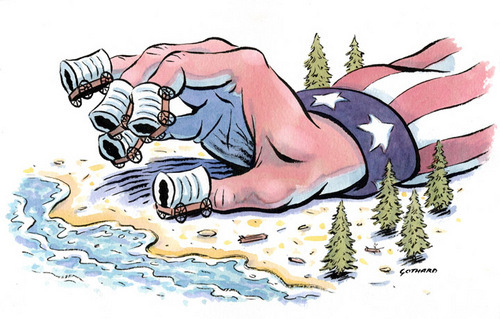 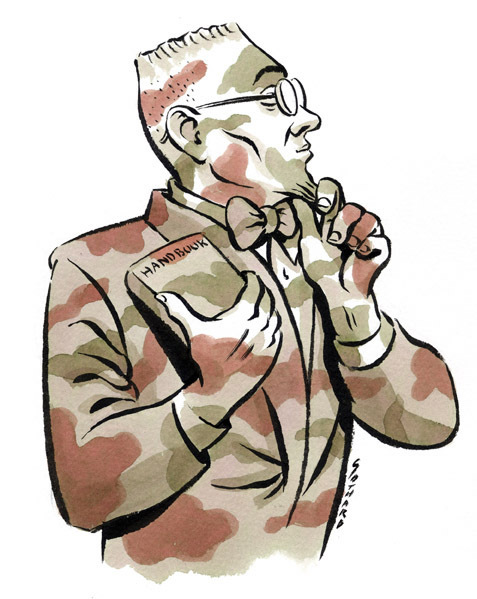