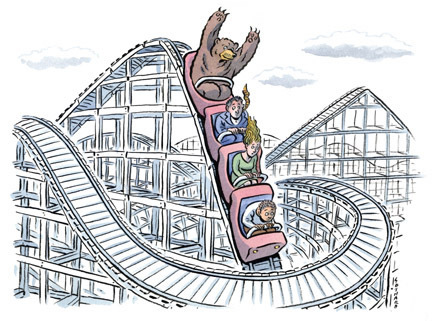 I was thinking Coney Island when I proposed a theme for a series of illustrations running in the Wall Street Journal. The Bull and Bear are at it again as news of the economy gets grimmer by the day. 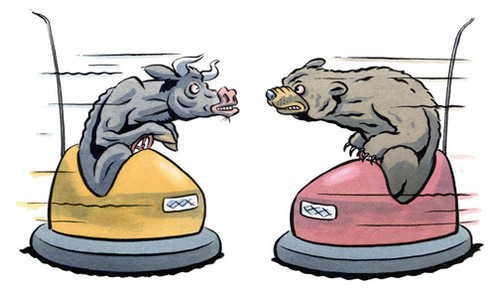 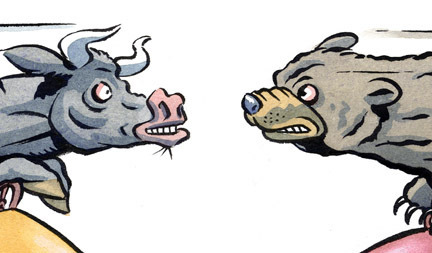 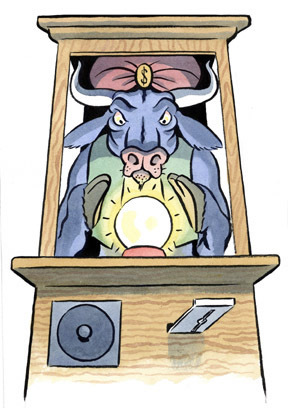 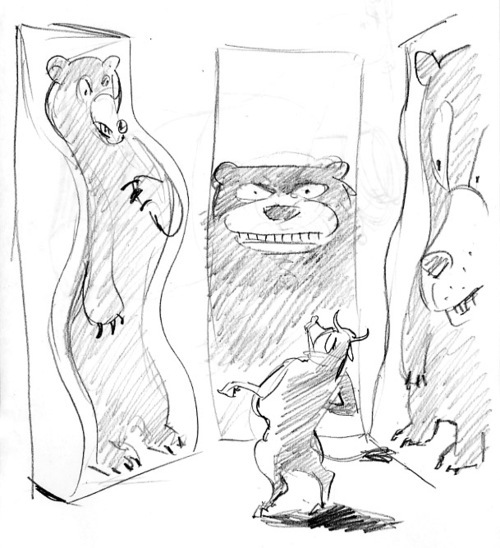 A few ideas were struck because they were deemed scary, but I'll recycle them elsewhere. 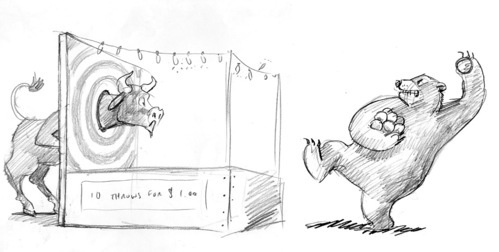 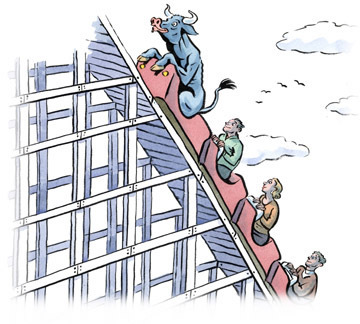 And finally, at the end of the section is an optimistic image of the bull ascending with anticipation.