In the age of Obama, the GOP seems in danger of self imposed extinction, as they appear to inhabit an  increasingly narrow niche on the far right. This cover image for the LA Times accompanies articles on 3 ways in which the party can pull itself back from the brink. Using the tired old metaphor of the tightrope, the emphasis became the bloated fear of the elephant. 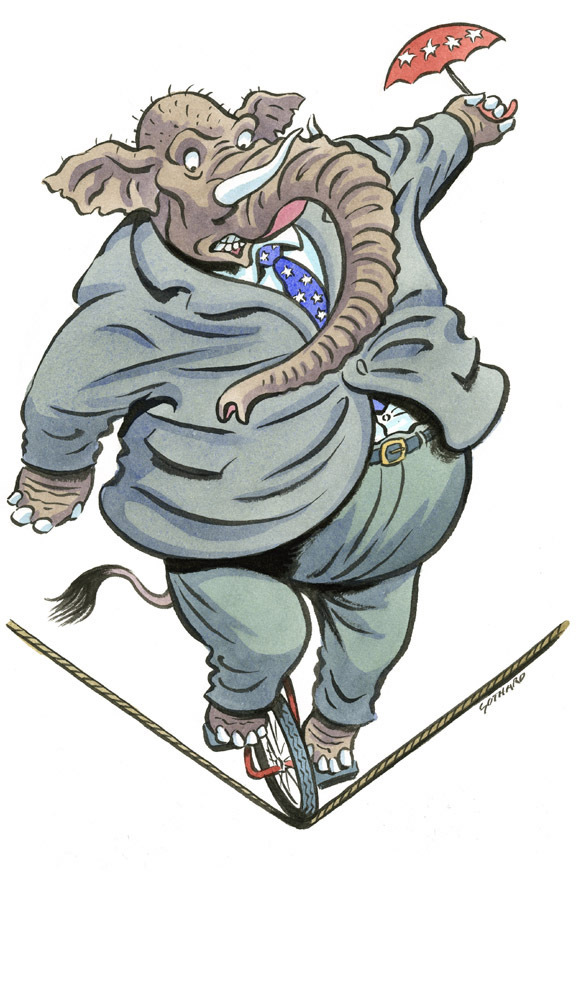