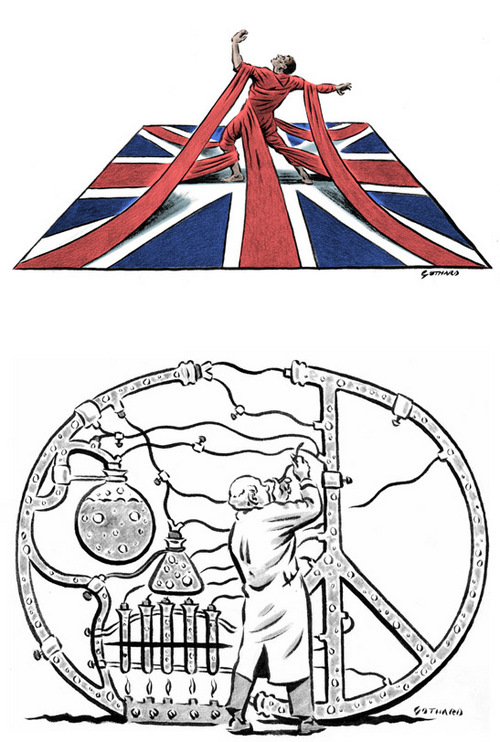 Work used to be a little more predictable. Now I'm doing quick turnarounds on weekends and at night. and I've become paranoid about leaving the studio, fearing the client will become discouraged with the answering machine and not pursue me to the next cell phone link. Time to get a blackberry and catch those emails on the fly, I guess. These two, for the WSJ & LATimes, are on scary topics. Didn't expect the one on the Brits catching terrorists to turn out like a Martha Graham Dance Co. program cover, but, i like the drama. The second piece is written by Judith Miller on those insidious secret Russian biotechnology labs in Siberia with their stockpiles of deadly virus. One courageous scientist converted it into medicine and ultimately peace between the East & West.
Topical: Process