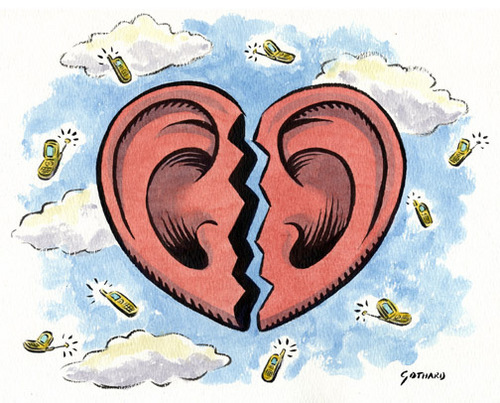 This piece illustrates the recently released 911 phone calls. There was no story at the point of assignment, just an author's blurb that said the sounds we will remember are not that of the planes crashing into the buildings, but the last calls made from the burning towers. This is a strange image, I think, but was my initial response . The art director relayed the editor's less than enthusiatic rejection; "looks like a hallmark card". So I sent a few other images along that were of a much graver (such a word?) tone. The editor finally decided he actually likes the first image...a lot. Moral: Take heart....editors are not umpires.
Topical: Process